Located in Sydney's Innerwest, Australia, Paul E. Hayward provides one on one private instrument & music both in person and online to the public and offers quality business services to content producers and musicians.

TRUSTED IN THE INDUSTRY

Lessons are individually tailored to suit each student and cover practical, theory, technique, best practice and a whole lot more.

Chords, scales, arpeggios, modes, theory and ear training are all taught in a comfortable and easy to understand way.

Scheduled Online Lessons are availble over the internet with Paul E. using Skype or Zoom. Simply use the contact form to schedule a lesson. 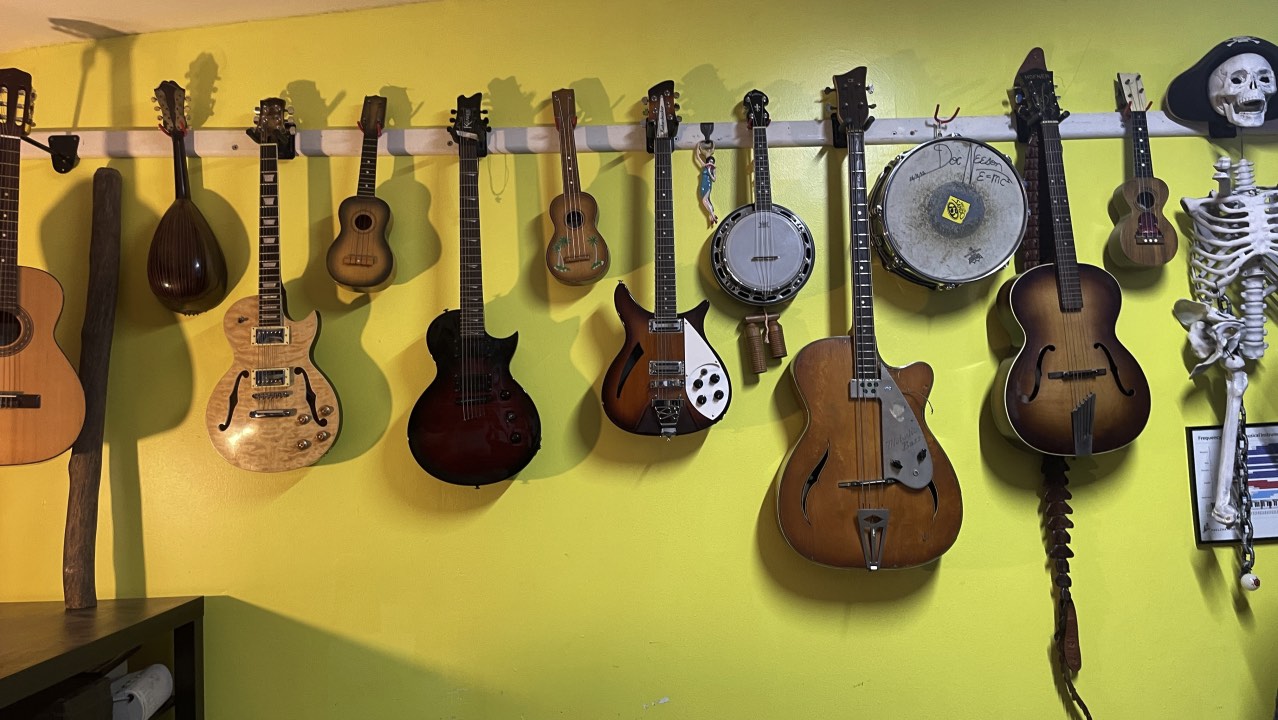 Learn to play accoutic and electric instruments including:

Having taught hundreds of students, from beginners just starting out, to experienced musicians looking to improve their technique or further their knowledge of foundational music principles, Paul E. Hayward is a trusted name in music tuition.

Laying claim to a four decade career in Australia's live music industry, Paul E. draws upon his experience in live performance together with his encyclopaedia likened knowledge of musical principles, to deliver outstanding one on one tuition across a range of instruments including the Accoustic & Electric Guitar, Bass Guitar, Ukulele, Mandolin and Banjo.

Lessons are tailored to each individual student and focus on a vareity of areas including practical technique and methodoligies, foundational musical principles, chords and their relationship to scales, arpeggios, modes, ear training, as well as insights on the history of musical instruments and how to best to care, service and maintain your instrument.

Paul E. specializes in teaching many styles including Punk Rock, Folk, Rockabilly, Blues, Rock, Country & Western as well as many other types of alternative music.

Lessons are available in person or online via the Skype video conferencing app. 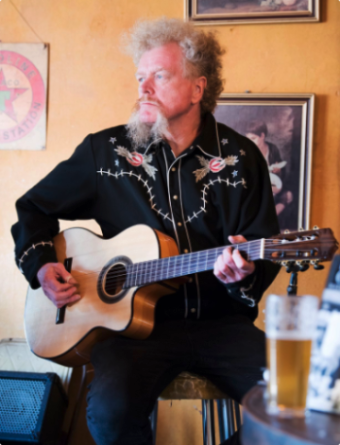 Paul E. Hayward initially made a name for himself playing an inspired blend of psychedelic punk rock lead guitar for Canberra’s seminal four piece punk band ‘The Young Docteurs’ during the emergence of Canberra's punk rock scene of the seventies.

Touring nationally with the Young Docteurs throughout the eighties and playing in numerous bands of different genres over the past thirty years, Paul E. has shared stages with some of the world's top musicians, bands and artists including; The Divinyls, Spy vs Spy, Cold Chisel, Midnight Oil, Elvis Costello, The Stray Cats, The Models, Mi Sex and Ice House.

Today Paul E. still continues to live and breathe the essence of emotion that is created instrumentally to be shared with and listened too by others, playing a variety of instruments across 8 different bands all of varying genres.

Fuelling this never ending appreciation for producing music and performing live, is an ongoing and decades old fascination toward the mathematically scaled structures and nuanced intricacies that exist as foundations of which today’s music is created upon.

This fascination has developed into an encyclopaedia like knowledge base of musical theory and its application and Paul E. relishes in the passion of passing this knowledge on through private one on one musical tuition, teaching out of his studio located in Marrickville, New South Wales, Australia. More recently he has began providing one to one live stream lessons online to students across the world.

An accomplished music writer and composer, Paul E. also provides the service of producing jingles and musical scores for media agencies, independent film makers and Content creators. In the same vein, he also makes himself available to song writers and musicians, providing assistance in the compilation of songs, advice and instrumental accompaniments.

Paul can be contacted directly via the contact form on this website or you can call his mobile for further information.